Are also called lipstick cameras. These cameras are deployed in residential and commercial surveillance systems.

Bullet security cameras are a type video surveillance camera that is typically small and shaped like a rifle bullet shell or lipstick case.

Smaller bullet cameras are typically the diameter of a cigar, but they are shorter. 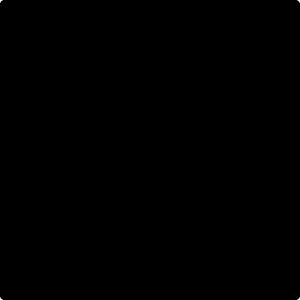 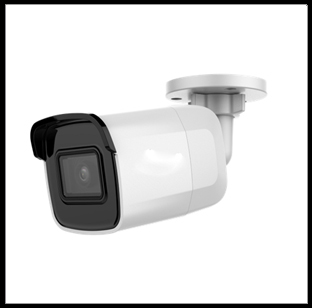 What Are the Advantages of Bullet Security Cameras:

Bullet cameras are versatile in terms of functionality when comparing with dome surveillance cameras.

By the same token, bullet type cameras, technically speaking, could be IP bullet cameras or analog bullet security cameras, and some of them could be packed with IR night vision or other advanced technologies like optical zoom, motion sensors or thermal sensors.

Surprisingly and interestingly, the majority of WiFi-enabled surveillance cameras fall into the category of bullet CCTV cameras instead of dome-shaped cameras, of course, a few exceptions aside.

Wireless IP bullet cameras are increasingly popular with consumers as camera technologies and security techniques are emerging and evolving fast over the years.

The possible philosophy behind the design lies in the assumption that, to some extent, it pleases our eye, especially dual-band WiFi bullet cameras. Symmetry in appearance and stability in WiFi signal all roll into one.

Apart from being WiFi-capable, bullet type cameras can easily be embedded with micro SD card to store motion-triggered videos and snapshots.

Mini bullet security cameras are excelling its counterparts as well when it comes to mounting options, not to mention the maneuverability.

Configured as a flexible choice with robotic neck, the unique engineering design of bullet CCTV cameras lays the groundwork for adjusting pointing angle easily, further smoothing away any miscalculation or remodeling after installation.

If the viewing angle of a bullet outdoor camera is inappropriately set, you are still able to alter the direction your bullet camera points without grappling with re-drilling or destruction on your beautifully painted foyer or facade.

If you are in the market for outdoor surveillance cameras, it's essential that outdoor cameras can withstand various weather conditions, for example, freezing winter or other inclement weathers such burning hot summer.

Since the majority of bullet security cameras are placed outdoor, it's wise to choose an outdoor bullet camera with IP rating 66 to be waterproof and withstand the impacts liquid like rainwater.

Even though being slightly less discreet or a bit intrusive, outdoor bullet surveillance cameras are still extensively popular with homeowners. Because the visibility of bullet CCTV cameras could positively deter potential break-in in some scenarios.

A recent survey into the mindset of convicted burglars reveals some interesting insights on home invasion, a visible surveillance camera, to some extent, could put would-be intruder off.

A noticeable and overt bullet camera in residential areas sometimes helps keep your house off the target, which in return would be pretty significant in protecting your property.

Of course, there are many other helpful solutions you can take to avoid being burglarized, for example, external lighting, alarm system, door sensor, and door lock.

Reflection of light, similar to blinding the surveillance cameras intentionally, will obscure and cause whiteout on videos and images, especially for outdoor dome security cameras, which could be rendered as useless or paralyzed if placing improperly.

Generally speaking, bullet home video cameras are less likely to suffer the same fate due to the fact that bullet surveillance cameras largely point downward when placed on a vantage point.